Home \ Stories \ The story of a man who said NO!

In the times in which we live, expressing one’s opinion is a matter of choice, freedom of speech is a basic human right, and rarely is anyone responsible for their words. At the beginning of the last century, however, this was not the case, moreover, some, due to public criticism of the emperor, were killed.

Among those also Ivan (Janez) Brence, according to the native Pehtut.

The farmer, merchant and landowner from Dovje was considered a conscientious Slovene and an outspoken critic of Emperor Franz Joseph and his decisions.

In August 1915, at the request of a municipal servant, a fourteen-year-old son of the railway guard Franc Babič came to Brence with the instruction that the farmer hand over his two oxen and a cart for military purposes.

Brence was furious, and in a rage he swarmed with sharp words directed at the emperor, saying that he should tell his emperor that if he wanted to “fight the emperor, he should send his wagons and his cattle to the fronts.”

The emperor’s insult brought him before a military court, where he was sentenced to death in spite witnesses who defended Brence.

On August 24, Brence was taken to the military shooting range at Suhi bajer below Golovec in Ljubljana.

Five years later, they started collecting data in Ljubljana on twenty-three victims who were shot at Suhi bajer. With this, Brence came to the consciousness of Slovenes as an innocent victim and martyr of the “black-yellow monarchy”, as was the derogatory term for the Austro-Hungarian monarchy.

In 1920, Brence’s three daughters asked for a retrial, in which he was acquitted of all charges by a higher provincial court for errors in military court proceedings and questionable credibility of witnesses.

On the morning of October 4, 1921, Brence’s remains were exhumed from Suhi bajer and in the afternoon, in a solemn procession and at the ringing of bells, they were accompanied en masse on their way through Ljubljana to the station. The remains were transported by train to Dovje, where Jakob Aljaž spoke at the grave the next day.

In August 2003, a memorial plaque commemorating his upright posture and determination was erected in Brencet’s home. 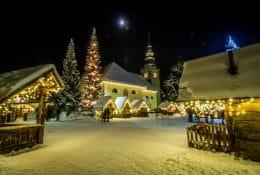