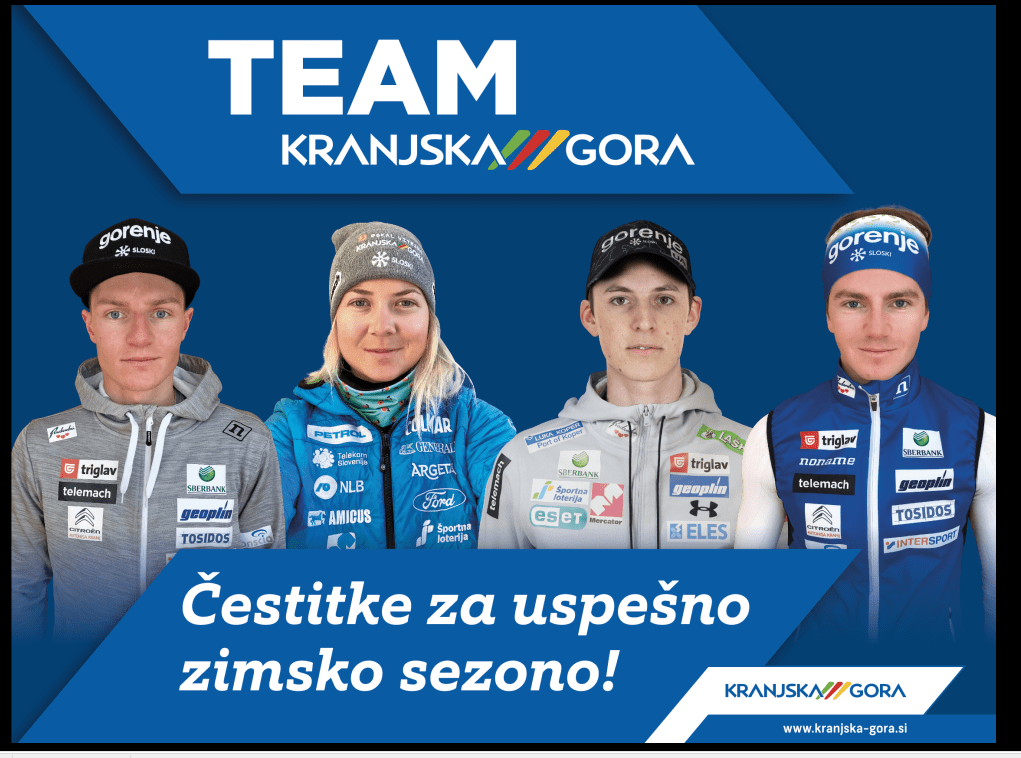 Team Kranjska Gora is represented by athletes from the municipality of Kranjska Gora. These are four excellent athletes, each competing in their own discipline, and all four have in common that they started their careers in domestic sports clubs and managed to become members of the Slovenian national team through hard work, training and resignation. In addition to the love of winter and winter sports, the members are also connected by Kranjska Gora. We combined them into a team of destination ambassadors and named them Team Kranjska Gora.

In the past, you have had the opportunity to get to know two important building blocks of Team Kranjska Gora through our section “Stories from Kranjska Gora” in which we publish interesting local stories on a monthly basis. We met Meta Hrovat before the start of the winter season, and we caught Bor Pavlovčič just before the start of the World Championships in Nordic disciplines. The remaining part of Team Kranjska Gora are Črv brothers , Benjamin and Vili, who compete in cross-country skiing and are members of the local Nordic club Rateče Planica.

This season was quite different due to the newly established protocols due to the COVID-19 pandemic. As FIS Director Gian Franco Kasper wrote at the end of the season, the season was challenging and the mere fact that only a few competitions was cancelled due to fast spread of coronavirus or weather conditions is in itself a great success. Competitors also had to get used to the new regime and rules of the competition and the fact that the races took place without spectators. 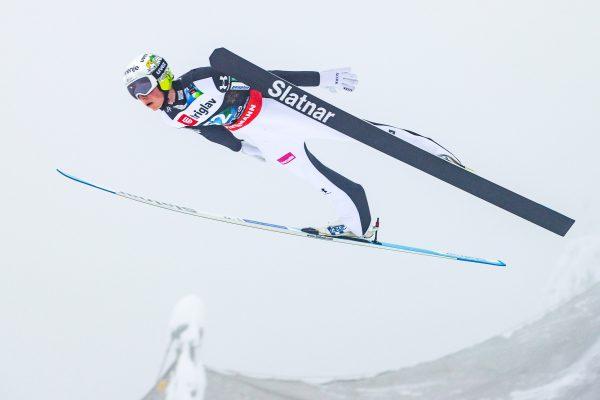 Bor Pavlovčič had a particularly good season, achieved the podium for the first time this year at the World Cup competition in Klingenthal, and the next day he almost end up first. At the end of the season in Planica, he shine. In all the races, he was ranked among the top ten runners, winning 3rd place in Friday’s test and breaking his personal record twice on Sunday, which now stands at 249.5 meters. For the new record of the Gorišek brothers’ airfield, the current 252 m was set by Ryoyu Kobayashi, he only ran out of a few meters! He finished the World Cup season in 13th place. A total of three times he stepped on the winning podium, out of 24 matches he finished almost half of the top ten, and seven times he finished the matches in fifth place, just behind the best.

For Meto Hrovat, this year’s season was full of ups and downs, which are an integral part of the life of every professional athlete. At the twelve venues that hosted the World Cup races this year, Meta performed best at the home match, which, similarly to last year, was moved from Pohorje to Kranjska Gora due to a lack of snow. She finished the first race on the home Podkoren slope in ninth place, and the next day she finished the race in an excellent third place and won the first podium in the 2020/21 season. Finishing in Lenzerheide, Meta also finished with an excellent third place. She took 25th place in the overall World Cup standings, and 9th place in the giant slalom, a discipline for which she is a specialist. In her parade discipline, she also became the national champion in giant slalom at the national championship race, which took place in Kranjska Gora at the end of March. 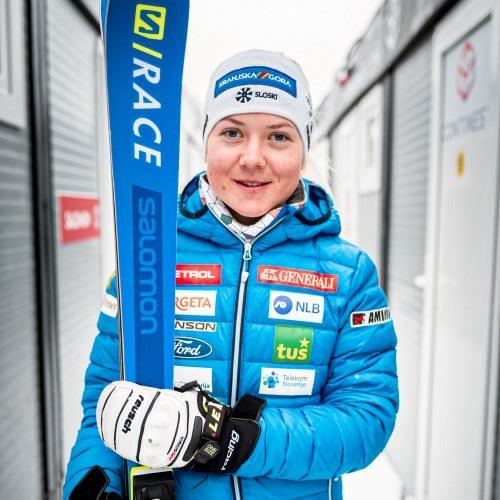 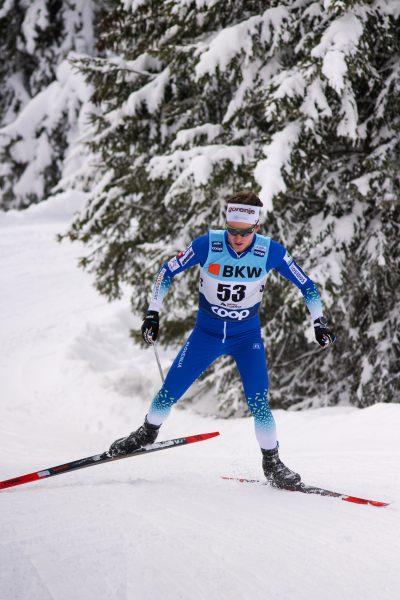 Before the two traveled to the Nordic World Ski Championships in Oberstdorf, the younger brother Vili travel to Finland, in Vuokatti to the Nordic World Ski Championships Under-23. He finished 39th in the classic sprint, and 37th in the 15 – kilometer individual skating test with individual start, where the temperatures dropped below – 20 degrees Celsius during the race. The penultimate weekend in March, the Črv brothers and Erik Raduha achieved a historic victory in the relay test, thus bringing the relay victory to the home Nordic club Rateče – Planica after twenty years. According to the unofficial sum in the Argeta Junior Cup, Benjamin took an excellent second place in eleven matches of the home season, and Vili also ended among the top ten. 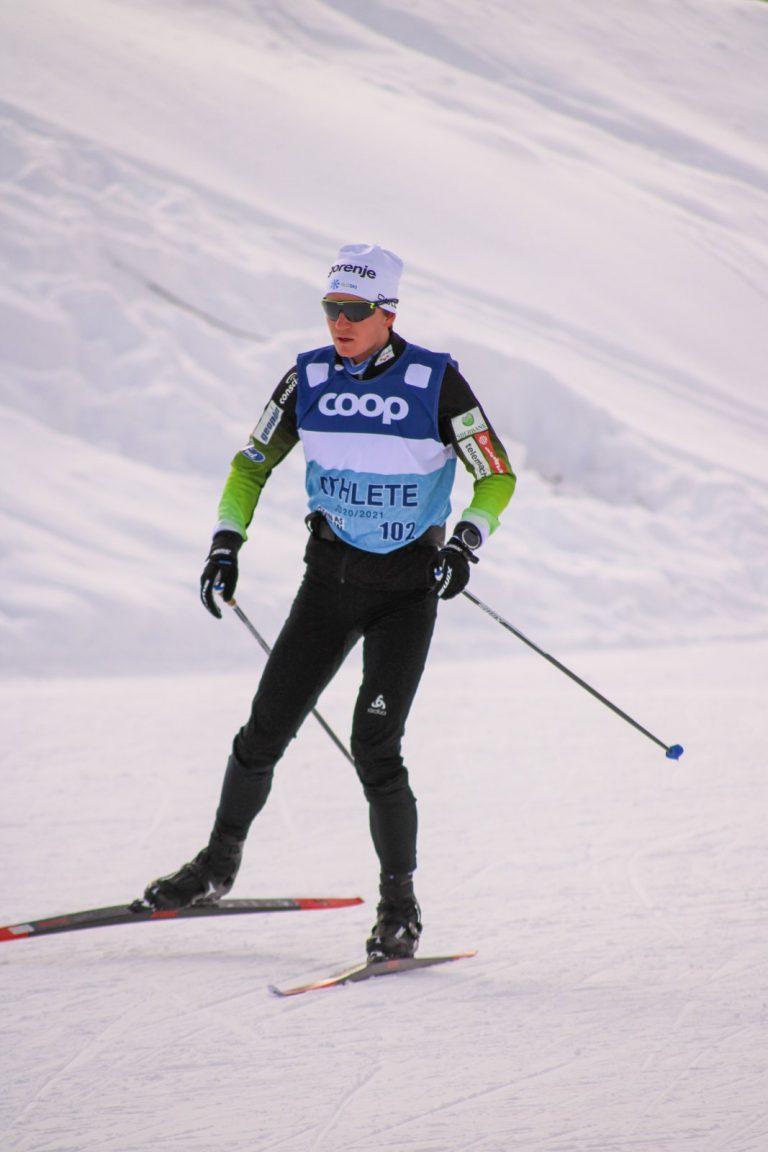 Congratulations to the ambassadors for the excellent rankings last season, we are firmly convinced that their form, after gaining new strength during the summer, will only improve in the new competition season!

If we add a little humorously to the results of our ambassadors and their Olympic predecessors, whose monument you can see in Mojstrana, there is no denying the fact that in our Upper Sava Valley there is obviously a special air that drives our athletes to always represent their clubs and country and often reach for the best rankings!