It encloses itself among the mighty walls of the 2,000-meter peaks and is also one of the starting points for ascents to them. It is about 6 km long and belongs to the area of ​​the Triglav National Park. The valley begins at the artificial lake Jasna and runs along the Pišnica stream in the direction of Razor (2601), which is one of the highest peaks in the Julian Alps. In the western part of the Krnica valley, a picturesque road winds to the highest Slovenian road crossing, Vršič. Along the way, there is a memorial park in Mali Tamar, dedicated to the dead mountaineers in the Kranjska Gora mountains. A forest path leads to the Krnica valley, which after 3 km leads to Planina in Klin, where the slopes of Prisank (2547 m) and Špik (2472 m) converge steeply. The riverbed of Suha Pišnica rises towards Vršič, and in the southern part the valley extends into the lap of Križ (2410 m), Razor (2601 m), Dovški Gamsovec (2440 m) and Prisank. The cart track takes us through the forest to the clearing where the Krnica hut is located. The mountain lodge stands in the middle of a wide hollow mountain valley and is surrounded by beautiful peaks of Prisojnik, Razor and Škrlatica. In Krnica, it is also possible to go on spring touring skiing from under the canopies under the surrounding peaks. 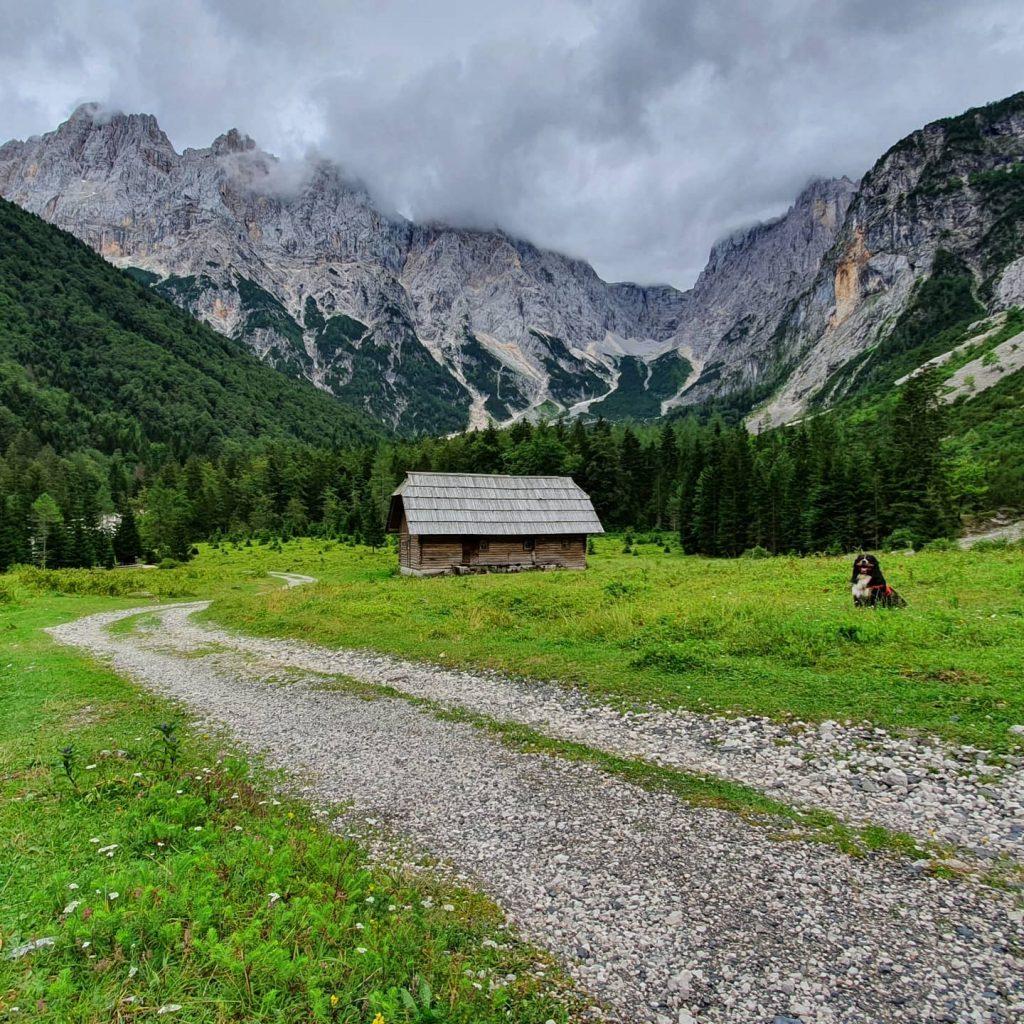 Kranjska Gora is a land of many opportunities for active holidays in nature. Enter the kingdom of the highest Slovenian peaks. 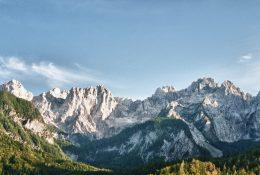 He took a handful of all nice with his hand, weaving them into a wreath over the valley deep.

Kingdom of the Goldhorn 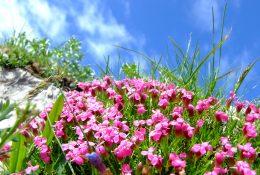 Discover the Kingdom of Zlatorog, the only national park in Slovenia. 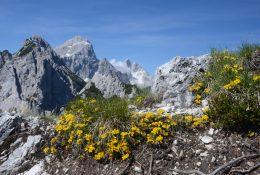 The biosphere reserve of the Julian Alps. 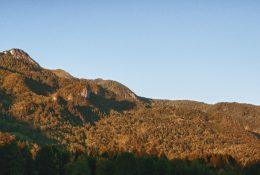 Karavanke Mountains = a convoy of mountains 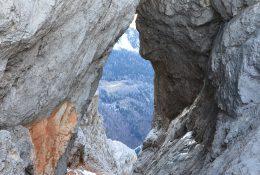 A window into which you could fit the Ljubljana Skyscraper! 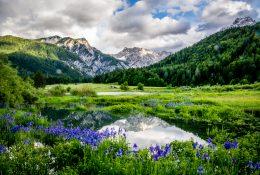 Which grass grows the fastest? 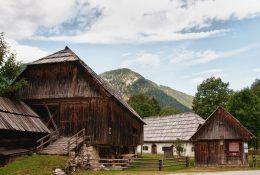 The Radovna Valley lies entirely in the area of ​​the Triglav National Park (TNP).

The easiest and the longest trail to Mount Triglav.

Get to know the rich range of active experiences in Kranjska Gora and its surroundings. Experience genuine contact with the Julian Alps and life in their embrace. 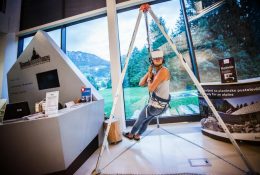 Fly just above the highest Slovenian peaks. Descend from the top of Triglav and enjoy the breathtaking views of the Vrata valley.

A trail that does not conquer mountain tops but leads you in a respectful distance of the peaks along the edge of the Julian Alps and Triglav National Park. 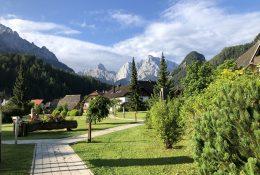 Cycling path from Mojstrana to Kot and Krma Valleys is a real treat for those who love cycling in the nature. 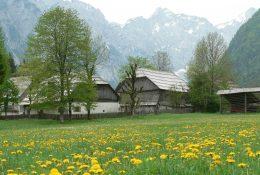 The name Radovna is used for a settlement, creek and 20 km long valley. 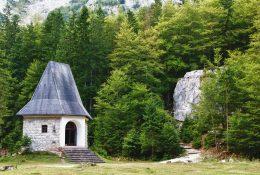 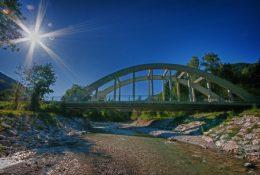 One of the more picturesque trails is the Upper Sava valley trail, which runs along the former railroad from Mojstrana, via Kranjska Gora and to Italy. 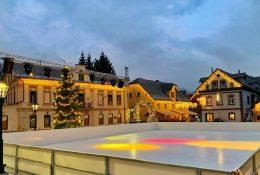 During the winter in Kranjska Gora, you only have to put on your skates or rent them, and you can already start skating in the artificial skating rink "Borovška šajba".

Experience the snowy fields of the Upper Sava Valley! 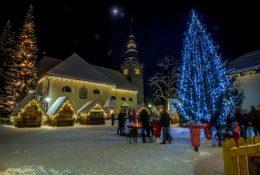 Experience the real winter atmosphere of the Alpine Village in Kranjska Gora!

In Kranjska Gora and the surrounding areas, lively experiences of the Julian Alps await you. There are plenty of experiences that you want to try for yourself, from actively spending your holidays to peacefully discovering your natural and cultural heritage. You can discover the secrets of well-being in the rich wellness offer, attend business and social meetings or explore the mystical past of the Upper Sava Valley with your family. This is where the adventure begins! 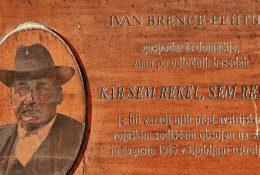 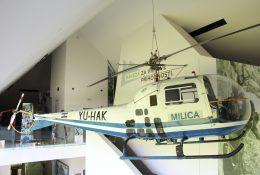