Two events contributed to the development of Kranjska Gora from a herdmen’s settlement in the 14th century to today’s cosmopolitan Alpine village.

We encounter the name Kranjska Gora as early as J.V. Valvasor (17th century). As is told by the people and the author of the book Borovška vas (Borovška village), Mr Vid Černe (1992), »Kranjska Gora used to be called Borovška Ves or Mary on White Gravel. The villagers call themselves Borovci and not Kranjskogorci, as would be expected. This fact is confirmed by the thought that Borovška ves is actually an older name for Kranjska Gora. The reason for this name is an old pine (bor = pine) that used to stand, as legend goes, at the place where the church stands today. The name Mary on White Gravel comes from the quality of the soil on which Kranjska Gora stands.«

Record ski jumps in Planica turned it into a tourist resort. On the slopes of Vitranc, the first chair lifts were constructed. This was followed by summer sledding, climbing walls, gorgeous hotels, lovely apartments, interesting museums, ethnographic events, lively parties, etc. There is always something going on in Kranjska Gora.

Here, the adventure of discovering the Upper Sava Valley begins, and never ends! 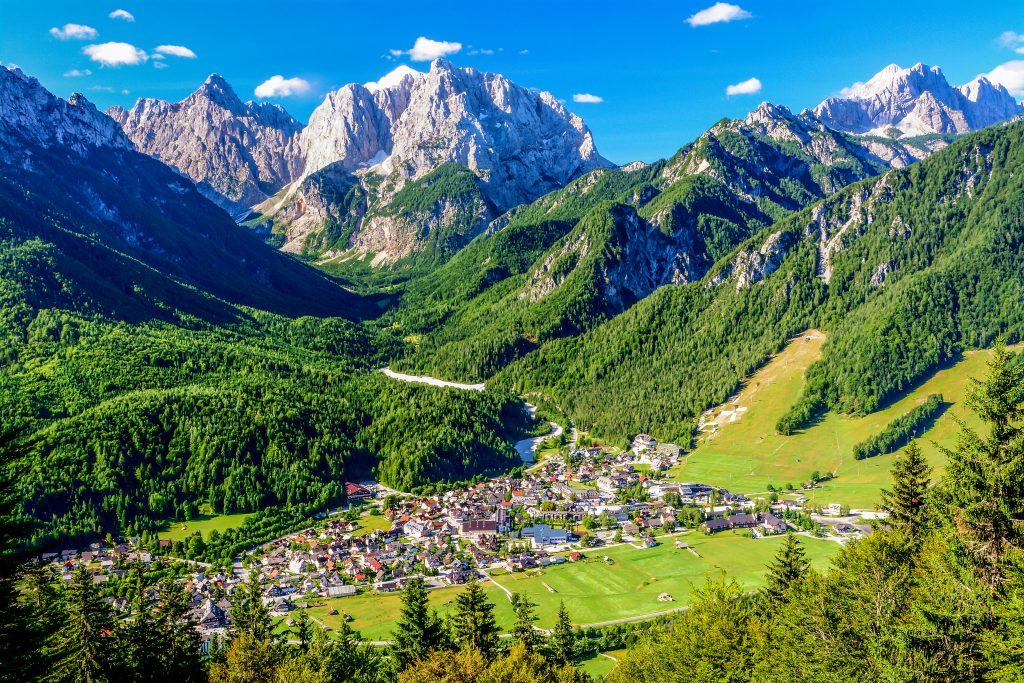