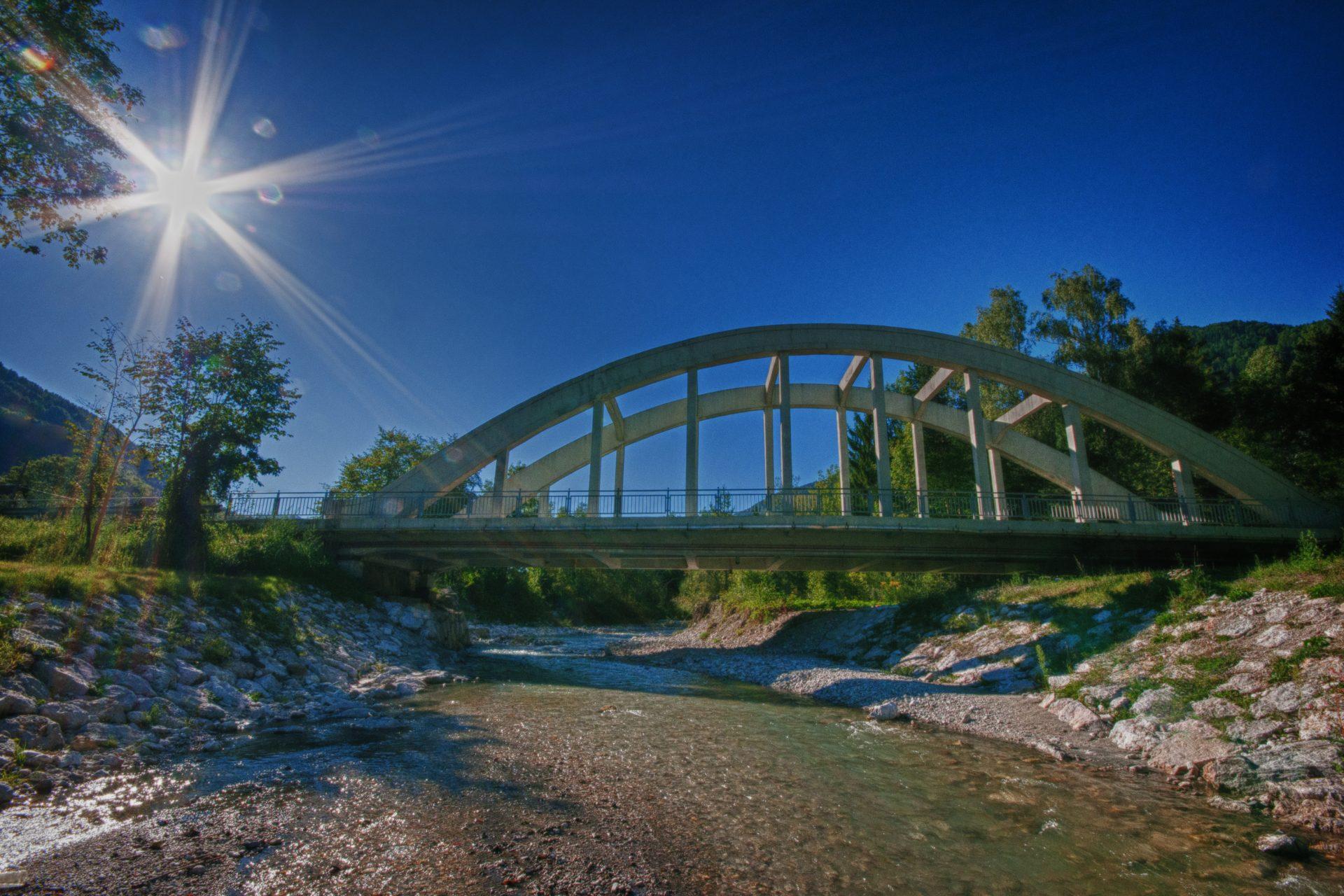 One of the more picturesque trails is the Upper Sava valley trail, which runs along the former railroad from Mojstrana, via Kranjska Gora and to Italy.

One of the more picturesque trails is the Upper Sava valley trail, which runs along the former railroad from Mojstrana, via Kranjska Gora and to Italy. The official name of the trail is the Jure Robič Cycling Trail, which has long been known as the best, most famous and longest cycling trail in Upper Carniola. Its official marking is D-2.

It runs from Jesenice to the border crossing in Rateče, totalling to approximatley 28 km. From here, you can continue towards Trbiž, Italy, passing by Žabnica to Ponteba, or you can take a left turn after you cross the border and follow the trail to the breatktaking Mangart lakes. The cycling trail follows a former railroad, which was closed down in 1966. The trail lightly ascends from Mojstrana to the Upper Sava valley and Rateče, totalling to an elevation difference of 255 m.  It boasts breathtaking views of the valley surroundings and a number of well-maintained rest areas, where you can stop for a drink of some refreshments.