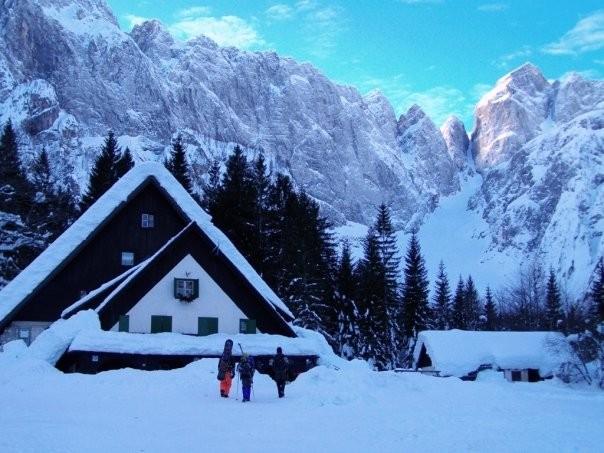 The mountain lodge stands on a beautiful mountain clearing at the upper end of the Planica valley, called Tamar.

The first modest hut was built in 1899 under the leadership of the parish priest of Ratek Josip Lavtižar and the economic committee of the agrarian community under the auspices of the Radovljica branch of the SDP and opened on September 3, 1899. it was knocked down by an avalanche from Ponce in the winter of 1903/1904. On 15 November 1936, the Rateško-Planiška branch of the SPD rented the current pastoral and mountain hut Tamar from the agrarian community and rearranged it for the needs of mountaineers. She set up a meteorological station next to the hut, and the caretaker sent weather reports three times a week. After World War II, the cottage was nationalized and in poor condition, with large funds required for repairs. In 1957, the little PD Rateče handed it over to the Academic Mountaineering Association from Ljubljana, which arranged it, built a water supply system and installed a telephone. In 1965, the home was taken over by PD Medvode, which was thoroughly renovated. In 1968, an electric line was installed from Planica. The home was renovated several times, but it was thoroughly renovated in 1984. In the construction of water supply, telephone and electricity, the help of the then military authorities for the needs of the barracks in Tamar was invaluable. Following the completion of the denationalisation procedure, the Mountaineering Association of Slovenia and the Medvode Mountaineering Association signed an agreement on 25 April 2013, according to which the Dom v Tamarju came under the auspices of the Rateče Planica Agrarian Community.

The home is constantly open. The two dining rooms have 67 seats, a bar counter; there are 20 seats under the eaves in front of the home and 30 outside the home; there are 31 beds in 12 rooms and 20 beds in two dormitories; WC, washbasin and shower with hot and cold water; catering and sleeping areas are heated by stoves; running water, electricity, telephone.

Listen to the legends and fairy tales of the Upper Sava Valley and indulge in pampering with a rich wellness offer. 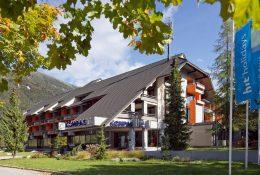 After winter our destination transforms into hiking and biking paradise. 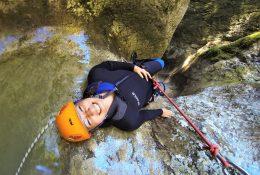 Experience the best canyoning in Slovenia! 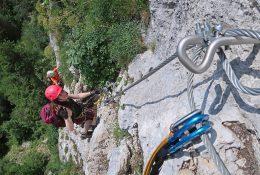 When you want a little rock adventure. 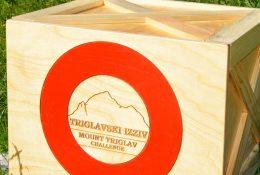 Experiences in the Slovenian Mountain Museum

Test yourself in a challenge you have never encountered! With the help of logic, cooperation and a touch of mountaineering knowledge, you will be able to complete the tasks hidden in the magic box with your left hand, but only if you think "out of the box". 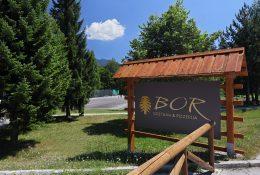 Let yourself be pampered on a culinary journey and try your luck at Casino Larix! 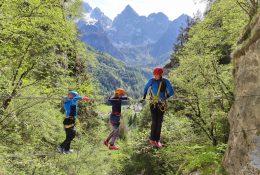 Guided Via feratta tour with an IFMGA mountain guide in a picturesque gorge on the circular path from Gozd Martuljek. 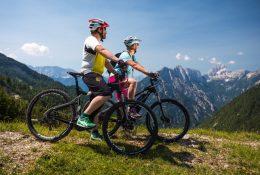 Electric mountain bike is ideal for cycling in the vicinity of Kranjska Gora, especially if you can not handle more demanding slopes or. if, in addition to cycling, you also enjoy the beautiful views of the surrounding mountains. With the E-bike you will have an unforgettable experience. You won't be sorry!